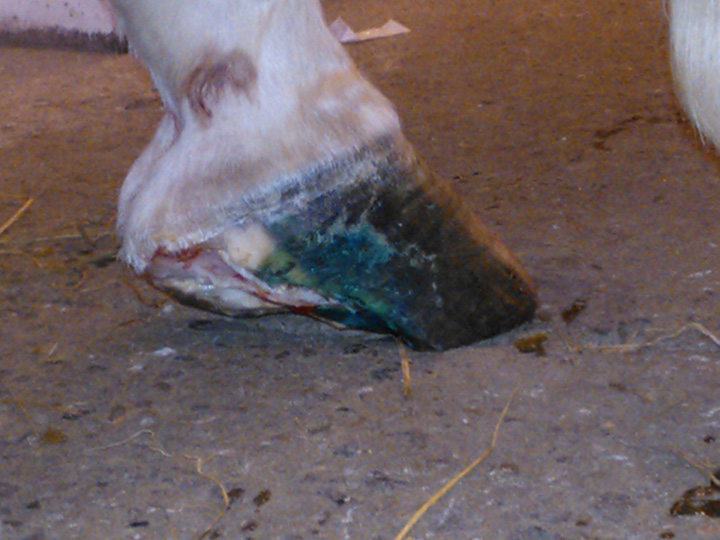 On the 9th July the vet found canker in the left front hoof. They operated for the first time on the 13th July, but several further operations were then necessary. As the picture shows they had to cut almost half of the hoof away and I was told it would take at least 6 months for the hoof to grow out.

I was so unhappy, before they found the hoof canker she was jumping at her best and afterwards I didnt even know if she was ever going to be able to be ridden again. During the illness I decided to try Platform because we needed the new tissue to grow fast but more importantly it need be strong.

The Vet and the Farrier have been surprised by the speed of the hoof growth but even more so that the tissue was healthy and strong. Now, 6 months later, the horse is back in training, building up muscle and soon she will be jumping again. 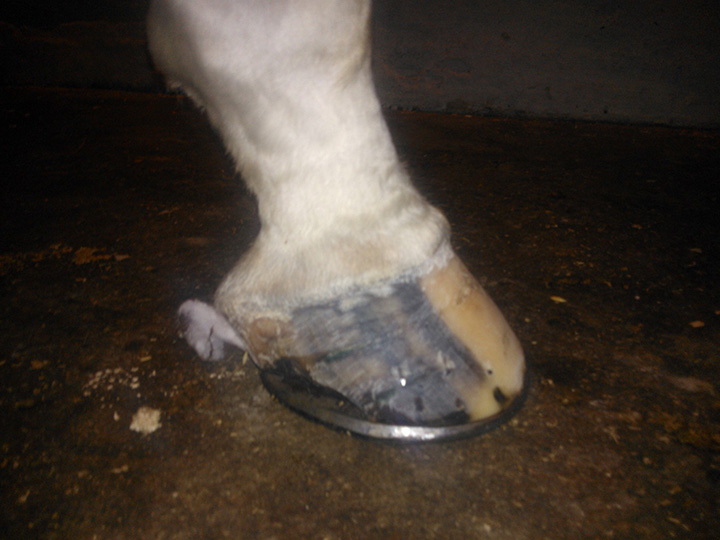 Platform® as a Treatment for Canker

Canker is caused by bacterial infection of the hoof and the deeper tissue within, such as the frog. This results in loss of the hoof wall and causes a lot of discomfort for the horse.

Traditional canker treatment can be difficult and time consuming, due to the severity of the infection. Treatment requires aggressive removal of the diseased tissue, along with application of caustic agents, astringents and administration of antibiotics.

Platform contains optimum levels of the nutrient biotin (Vitamin B7), which has been shown to strengthen new hoof growth through promotion and upregulation of keratin. Because of Biotin’s hoof strengthening ability, it makes it a perfect accompaniment to a more traditional canker care regime.