Below is the second part of Trudy Johnson’s story as she prepares for this year’s Badminton Horse Trials.

First event of the season and it was a gentle starter with the BE 100 Open at Hambleden International, Henley.

In preparation, I had decided to check and load the lorry the day before so that all I had to do on Friday morning was to feed and hay, sort out the horses being left behind and load the three I was taking with me.  Good job is all I can say, as to my dismay, the lorry battery was flat when I tried to start it. Did I really not switch off the isolator on our last trip out?! Ooops! Luckily our mechanic lives at the top of the road and thankfully it was just a flat battery. Minor crisis averted he kindly lent me his charger to leave the lorry on charge for the night.The day of our first event dawned, clear and bright. The down side being the early 4.30am start. After walking the dogs and feeding the horses, the lorry started like a dream as normal! Big sigh of relief!

Loading went to plan and we were on the road by 7am, the roads were clear, the only traffic we hit was close to the event site and we arrived with time to spare. Being my first event of the season, I had to give myself extra time to get my hats checked and retagged by a BE safety official.

Help was at hand when I arrived as my trainer, Giles, lives not far from the event and had agreed to be around to lend a guiding hand.  The weather was good to us and the ground conditions perfect.  We studded up and got ourselves looking respectable for the first phase – the dressage.  Our test was an obedient one but just lacked a little flair.

With an hour between our dressage and show jumping it was then a brisk walk around the cross country course with Giles to ensure I knew our lines for each fence.  Hambleden is a lovely course and a lot of care and detail go into preparing the jumps and the ground for the event making the whole event a pleasure year after year. The course runs through some lovely woodland, normally a sea of blue from the Bluebells at this time of year but because of the bad cold weather this picture was not to be seen this year.

Back to the lorry to get tacked up and ready for our show jumping.  The course was a technical one with some related distances and some difficult turns.  Winston seemed on form in the warm up and we set of into the arena to start the second phase. The show jumping is set in the heart of the event with the trade stands surrounding the arena and the jumps again are all dressed well with lots of flowers so a good chance for Winston to experience something similar to what he will see at Badminton.  His mind was on the job and we executed what Giles said was one of the best rounds of jumping he’s seen us do – a great boost for confidence!!

Onto the cross country, once we had changed boots and put on our bright red cross country colours (makes it a whole lot easier to spot your picture later!).  Whilst waiting for our turn in the collecting ring we were greeted by a horse returning from the course without its rider, whom it had kindly left at the first fence, not a good start! The very next rider then proceeded to get dumped at the second fence!  This was a kind reminder to me to be positive and not give Winston a chance to think backwards.  Into the start box and the count down begins 10,9,….3,2,1 – “Go and good luck!” We were off. Under instructions from Giles, we were not to ride for the time but to keep him together and not let him get long on me. Winston was a little ring rusty over the first few fences then put in an enormous jump over the fourth which has a big drop the other side! I sat tight and all was well, we continued on and got into our rhythm and ate up each fence as it came, nothing seemed to phase him and we went round clear but unfortunately did pick up a few time penalties.

Still, this was our first run of the season and met all the objectives we planned, so all in all this was deemed a successful outing. Disappointing to be out of the placings, because of our time penalties, but we achieved what we set out to do which was not to make any mistakes and bring Winston home safely ready for his next run at Milton Keynes in four days time! 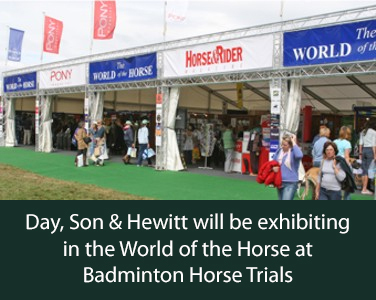